On this section of the website we remember dirgers who are no longer with us. 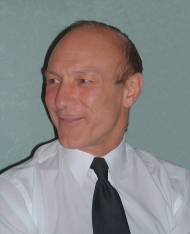 Brian was involved with the New Lyke Wake Club from the outset in 2004. He was elected Club Chairman and remained in that role until his untimely demise. Without Brian, the New Lyke Wake Club would have struggled to get off the ground. He was also was the Quartermaster dealing with countless orders over the years, as well as organising and leading numerous parties over the Lyke Wake walk. Many a person having completed the walk will be grateful for Brian’s tireless efforts.

Here is a longer obituary of Brian Smailes. 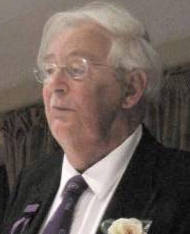 It would be fair to say that without the drive and infectious enthusiasm of John Griffin, the New Lyke Wake Club would never have been “born” in 2004. A truly multi-talented individual who could genuinely communicate with people of all ages and levels bringing his infectious enthusiasm to any group. As well as being a key player in the formation of the New Lyke Wake Club, John led many parties over the Lyke Wake Walk over the years and organised Wakes in places where it was not thought possible, like the Crypt of St Martin-in-the-Fields in London and the Saint Michael’s Abbey, a Benedictine abbey in Farnborough.

Here is a longer obituary of John Griffin. 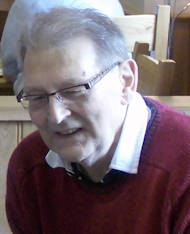 The New Lyke Wake Club were saddened to receive the news that Arthur Puckrin passed away on 12th July 2018. Arthur first crossed in 1956 when the moors were largely trackless and deserted. He was the first Lyke Wake Double Dirger and first Triple Dirger, he won the Lyke Wake Race four times, was race organiser for a considerable number of years and was a stalwart of the Lyke Wake Club in the early years being the first to present a thesis at a Wake to achieve Doctor of Dolefulness status. Arthur held the record for the fastest crossing and fastest double crossing for many years and his record for the fastest triple crossing, set in the 1960s, still stands. It is clear that without Arthur’s enthusiasm for completing multiple crossings, the early history of the Club & Walk would have been very different.